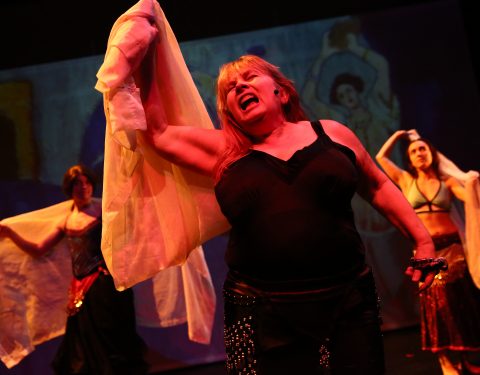 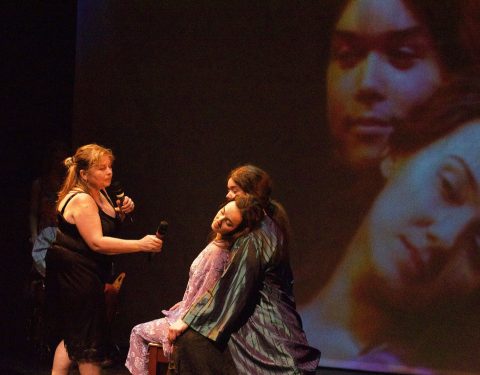 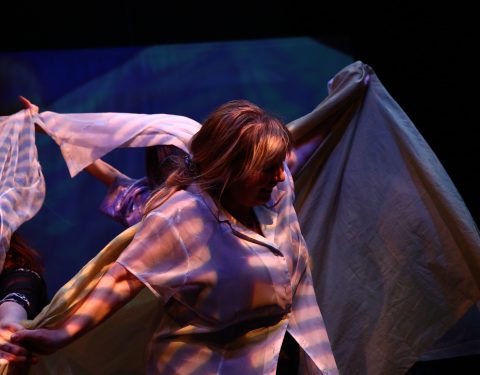 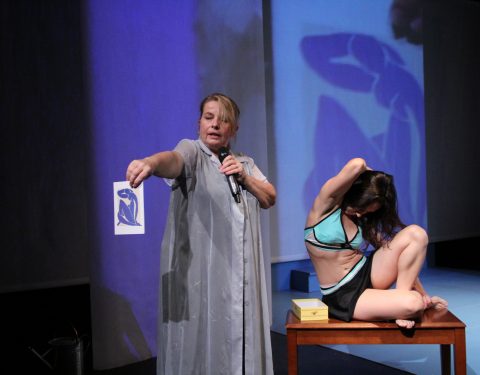 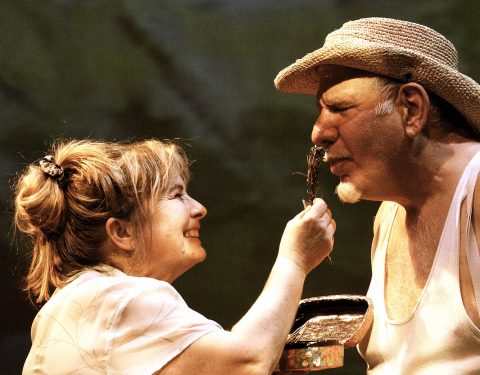 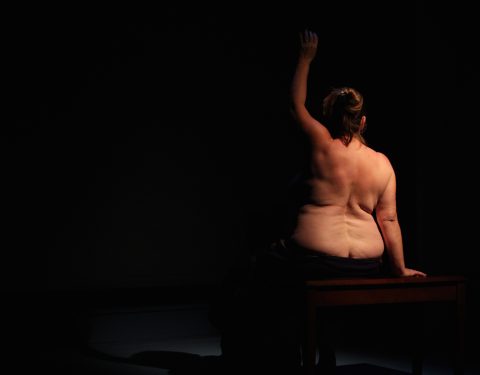 conceived and performed by Anna Kohler
directed by Caleb Hammond

Premiered at the Abrons Art Center
December 9 through 22, 2016

Previewed at the Boston Playwrights’ Theatre from October 28 through 29, 2016

The New Yorker, by Hilton Als

“In her new piece, Mytho? Lure of Wildness, Kohler no doubt takes some of the information that she has amassed over many years of performing with powerful directors to make a theatrical work about what looking feels like, to the muse and to her creator. Directed by Caleb Hammond, the performance combines all the mediums Kohler has worked in (video, stage, and audio), the better to create a myriad portrait of a mature actress whose beauty lies in her restlessness and her ability to incorporate theatre’s sadness—all those ephemeral moments—into the energy and excitement that goes into making something new, which exists to disappear, too.”

“…It is an incisive meditation on age and youth, the female body as an object of art and desire, the easy power of nubile beauty and what’s left when that goes away.”

DESCRIPTION
A woman, naked on a podium, being carefully and bluntly scrutinized by the probing eyes of the painters in the room. Who is looking at who? Who is more vulnerable? The extremely high level of charged back and forth in this situation of interdependent scrutiny demands this strategy of sensual immersion for the audience as well.
Photos of the Boston Playwrights’ Theater preview performances by Carlos Gonzalez, photos of the Abrons Center premiere by Paula Court and Jane Stein